Greene County, Ohio – Over 80 counts, including sex and drug offences, have been filed against a former Fairborn ROTC coordinator who was arrested earlier this month.

Records from the Greene County Courthouse reveal that a grand jury on Friday indicted 52-year-old Eriks Fricsons on 83 charges. Fricsons was served with a copy of the indictment on Tuesday, and the document was made public as a result.

According to the online court records, Fricsons was indicted on forty counts of sexual battery, forty counts of pandering sexual oriented matters involving a minor or impaired person, two counts of corrupting another with drugs, and one count of illegal cultivation of marijuana.

Fairborn Police said that Fricsons was arrested earlier this month on suspicion of having improper contact with a Fairborn High School student.

During the investigation, police worked with district officials, who informed the public on May 6 that he had been arrested and was resigning.

According to court records, authorities served a search warrant on the residence of Fricsons where they discovered around 50 rifles and a lot of ammunition. 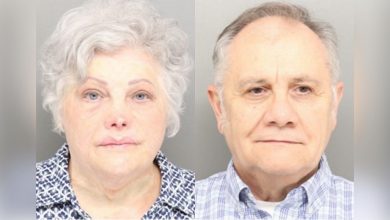