In April, job positions increased by 428,000, keeping up a record of great hiring that has fought off high inflation, long-term supply shortages, the Russian conflict with Ukraine, and much higher borrowing rates.

According to the Labor Department’s jobs report released on Friday, hiring continued to keep the unemployment rate at 3.6 percent, which is slightly above the lowest level in more than a half-century.

In the midst of the greatest inflation in four decades, the economy’s hiring gains have been impressively constant. In the last 12 months, employers have added at least 400,000 additional jobs.

However, it is unknown how long the employment expansion will last. The Federal Reserve increased its key interest rate by a half percentage point this week, marking its most aggressive move since 2000, and indicated that other large rate rises are on the way. As the Federal Reserve raises interest rates, it will be more difficult for people and businesses to borrow and spend money and hire people.

In addition, the massive amount of economic assistance that the government has been providing to homes has come to an end. Furthermore, Russia’s invasion of Ukraine has contributed to the acceleration of inflation and the clouding of the economic situation. Some analysts are predicting an increased probability of a recession.

For the time being, the job market’s resilience is especially impressive when seen against the background of soaring prices and increasing borrowing rates. The Labor Department gave more evidence this week that the employment market is still growing. According to the data, only 1.38 million Americans were receiving regular unemployment benefits, the lowest number seen since 1970. Employers offered a record-breaking 11.5 million jobs in March, according to the report, which also said that layoffs were well below levels before the pandemic.

In addition, the economy now has, on average, two jobs open for every unemployed person. This is a big change from previous years.

A record number of people quit their jobs in March, seemingly confident that they would be able to find better jobs elsewhere. This shows that employees have unprecedented power in the labor market.

Price hikes have skyrocketed as a result of chronic shortages of goods, resources, and workers, which has resulted in the greatest inflation rate in 40 years. In late February, Russia invaded Ukraine, which led to a big change in the financial world. Oil and gas prices went up all over the world, and a dark cloud of uncertainty hung over both the national and global economy.

In the meantime, with many sectors experiencing a slowdown due to a lack of qualified workers, businesses have increased wages in an effort to attract new candidates and maintain their present staff. Despite this, pay increases have not kept pace with the increase in consumer prices.

That is why the Federal Reserve, which most economists believe was much too late to identify the inflation risk, is hiking interest rates aggressively at the moment. One of its main goals is to have a “soft landing,” which is very difficult. 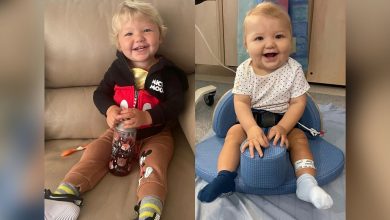