In the last decade, social media platforms became part of everyone’s life, a place where people spend a lot of time everyday online chatting with friends, meeting new people, liking and commenting photos and much more. With the growing popularity, the risks for young children have also increased, especially since the start of the pandemic when every now and then a new so-called trend appears on the social media platforms that some of them are dangerous for young users.

When a trend appears online, many children and young people take part of that trend in an effort to become popular users and gather a lot of likes, comments and followers. But in the last few years, these trends resulted with dozens of fatalities in young people not realizing that some trends are very dangerous.

The 12-year-old Joshua is one of those who wanted to become more popular online and decided to take a part in a trend called the “Blackout Challenge” last year, but he ended up fatally. For a few months last year, parents were raising their voices against this trend after numerous cases of injuries and deaths in children were reported in a short period of time. Now, Joshua’s father decided to publicly speak about the loss in an effort to raise awareness advising parents to regularly check their children’s cell phones and tablets.

“Check out their phones,” the 46-year-old Haileyesus Zeryihun, told People magazine few days ago. “It’s not about privacy — this is their lives.”

Last March, Joshua’s twin brother Caleb went on to look for his brother in their home in Colorado. The nightmare for the family began on March 22, 2021, when Caleb found Joshua lying on the floor with a shoelace wrapped tightly around his neck. Tragically, Joshua ended up spending 19 days on life support before he was pronounced dead on April 10.

“We prayed so hard for him to wake up,” says Zeryihun, who owns a medical transportation company. “It was just hard.”

According to the father, his son Joshua was a type of kid that “liked to explore and try new things.” Using the social media and video platforms, Joshua learned new skills like playing a guitar, cooking and soccer tricks. But as a proactive father, Zeryihun was aware of the danger using some of those platforms and he decided to delete all those “dangerous” apps from his children’s phones and tablets.

The “Blackout Challenge” initially appeared on TikTok, but in a short period of time it became viral thing meaning that it was already spread everywhere. The “Blackout Challenge” is a challenge in which participants starve themselves of oxygen until they pass out. Somehow, Joshua learned about it online and decided to try it, doesn’t realizing the danger that comes with it.

Once Caleb found Joshua on the floor, he called a neighbor and they tried to revive him with CPR to no avail. He was transferred to hospital and the family urged for treatment even though they were told there was nothing to be done as it was already too late.

“I couldn’t take it there, I was on the floor, I was crying,” Zeryihun said last year about visiting the hospital. “It was just heartbreaking to see him, laying on the bed.”

“I felt like my son is drowning and trying to give me his hand, and I need to go reach out and pull him up,” Zeryihun now says. “For me to just give up, I felt like I’m just walking away from a drowned kid.”

Zeryihun now urges every parent to be very careful how their young children are using the social media saying that “video challenges are a weapon in everyone’s home that people don’t know about.” In addition, Zeryihun encourages parents to start a dialogue when allowing their kids to use social media and inform them about the potential risks. 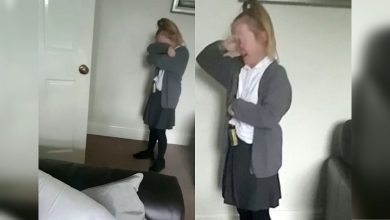 Father who fought cancer for many years announced news to his 8-year-old daughter; her reaction will make you cry 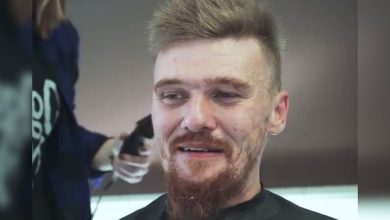 Stylist offered free haircuts to homeless people, when she heard the homeless man’s comments tears welled up in her eyes 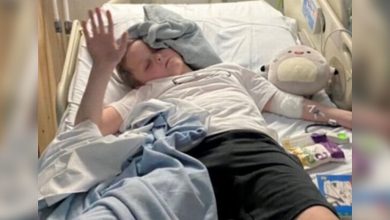 Son begged his mother to cut off his leg and end his life because he couldn’t bear the excruciating pain, but then the mother’s prayers were answered 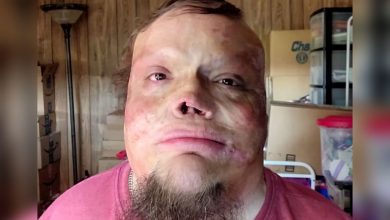 He fought every obstacle after having a terrible accident as a child, now he shares his incredible story about faith in God

2 days ago
From the web