Columbus, Ohio – A new bill introduced in the state Senate may make nearly 500,000 additional Ohioans eligible for unemployment benefits as a result.

Compensation eligibility would be reduced by more than $4,000 under Senate Bill 355.

“This bill is because we’re out of step with other states,” said state Sen. Teresa Fedor (D-Toledo).

In order to get unemployment benefits in Ohio if you lose your job, you must have earned a total of approximately $6,500 over the course of twenty weeks. According to Fedor, who is the one who first proposed the bill, just three other states have a higher threshold than Ohio.

“Right now, someone making $30 an hour would qualify for unemployment by working ten hours a week, but a minimum wage worker working 31 hours a week would not,” said Fedor.

The twenty weeks of work that are needed to qualify for unemployment benefits would remain the same under the new bill that is being proposed. However, instead of having to earn almost $6,000 throughout that time period, you would just need to bring in $1,500.

Man flown to a hospital following a single-vehicle accident 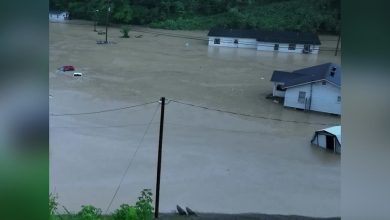 Ohio among the states providing help in the natural disaster that hit Kentucky, where several people died and a number are missing